Give us a call or fill in our online form.

We offer a wide range of services at affordable rates. Discover what services are right for you, and learn more about our prices & fees.

Debbi is an experienced, professional photographer,  with over 30 years experience in photography, Debbi is our principal photographer running the business on a daily basis. In fact, Debbi started working for Eric Purchase Photography at the age of 16!

In 2002 after Eric's untimely passing Debbi was honoured to continue trading as Eric Purchase Photography, and is still having a blast today!! 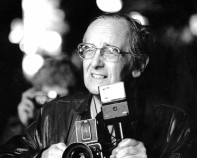 Eric started his own studio in 1970, at that time he took pictures on a regular basis for The Mid Somerset Series newspapers. He was also the appointed school photographer at Millfield School, Millfield Prep School and Wells Cathedral School to name but a few. His business developed over the next 30 years and he became an acclaimed wedding and portrait photographer.

Eric rarely advertised, instead relying on delivering a top quality service at all times so that customers spread the word, indeed it was not uncommon for Eric to have photographed many generations in a family from Grandparents getting married to new born baby portraits (and even on a regular basis the family pet). This tradition continues to this day.

Eric Purchase was a patient instructor for anyone wishing to learn the profession. He has trained many photographers over the years, one of his most prolific students was a young sixteen year old called Debbi Watts (now Debbi Cox) who started working with Eric when she left school in 1986 and now continues to keep the name of Eric Purchase alive since his untimely passing in late 2002.